The Na Sevana Community Development Project at Sooriyawewa in the Hambantota District.

The Buddha Rashmi Pooja is the annual National Vesak Festival organized by the Gangaramaya.

What to see in the Temple

Gangaramaya welcomes donations from well-wishers for the numerous religious, social, educational and cultural services projects which are being organized throughout the year.

GANGARAMAYA TEMPLE
A temple is a beacon, a lighthouse for the storm-tossed

Gangaramaya is one of the oldest Buddhist temples in Colombo, started by the famous scholar monk Hikkaduwe Sri Sumangala Nayaka Thera in the late 19th Century.

After the Venerable Sri Sumangala, his chief pupil Devundera Sri Jinaratana Nayake Thera took on the administration of the temple. It was he who laid the foundation to convert the little temple to an institute of international reckoning.

The next chief incumbent was the Ven. Devundara Keerthi Sri Sumangala Jinaratana Vacissara Thera, the teacher of the Ven. Galboda Gnanissara, who worked to make the Gangaramaya what it is today: much more than a temple in the conventional term, but a place of worship, a seat of learning and a cultural centre.

The Gangaramaya Navam Perahera was born in the 1970’s, a period of general national strife. They were dark days, when people could not spare thoughts for such celebrations. Yet some had foreseen that a pageant like this would provide relief from the bleak spirit.

The first perahera was in 1979, held with the few traditional artistes who could be assembled. The procession then marched its way steadily to popularity, and is today the most important cultural pageant in Colombo, with many foreign visitors.

The perahera did a lot of good to a city feverish with unrest and conflict. It is a fascinating show replete with whip crackers, fire dancers, flag bearers, hundreds of beautifully caparisoned elephants, traditional Uda Rata, Pahatha Rata and Sabaragamuwa dancers, drummers and flutists. A unique feature of the perahera from its start was the procession of bhikkus.

Not only does the Navam Perahera preserve our cultural traditions, it also brings together the many different groups of people living in Colombo. It provides livelihoods not only to traditional artistes but supplies their families too with means of sustenance. 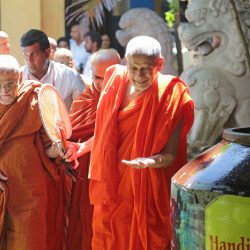 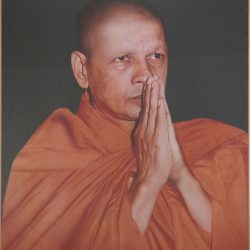 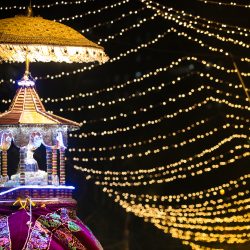 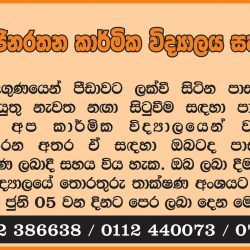 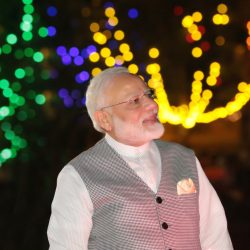 On the 11th May, the illuminated Buddha Rashmi Vesak zone of Gangaramaya was opened by the Indian Prime Minister Narendra Modi, here for the UN Vesak Day celebrations. 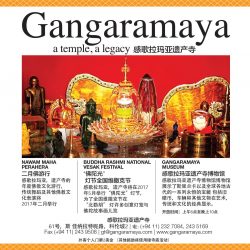 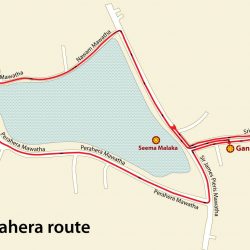 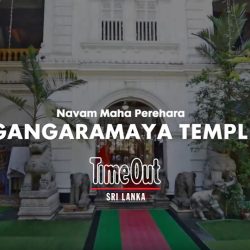 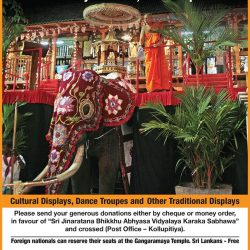 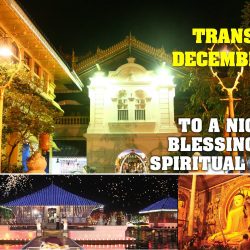