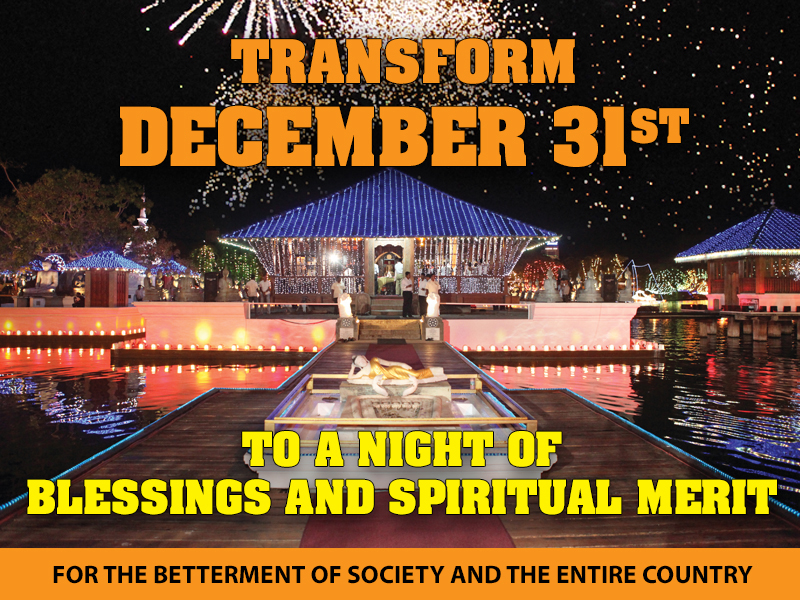 Podi Hamuduruwo has been able to transform December 31st to a night of blessings and spiritual merit. It was usually a night of drinking and dancing for youngsters, where exorbitant sums were spent as entrance fees for clubs and venues. In the early 1980s, following a tragic accident caused by a 16 year old driving under the influence, Podi Hamuduruwo thought of ways to change the culture of clubbing and drinking that had taken root with the open economy. To encourage interest and involvement Podi Hamuduruwo placed an advertisement to announce the initiative. From that day forth, all Buddhist temples, churches, Hindu kovils and mosques followed suit, conducting ceremonies. Parents were able to take their children to a religious place to spend the eve of the New Year in a meaningful pursuit and avoid spending unnecessarily. This is another commendable service by Podi Hamuduruwo to society and the entire country