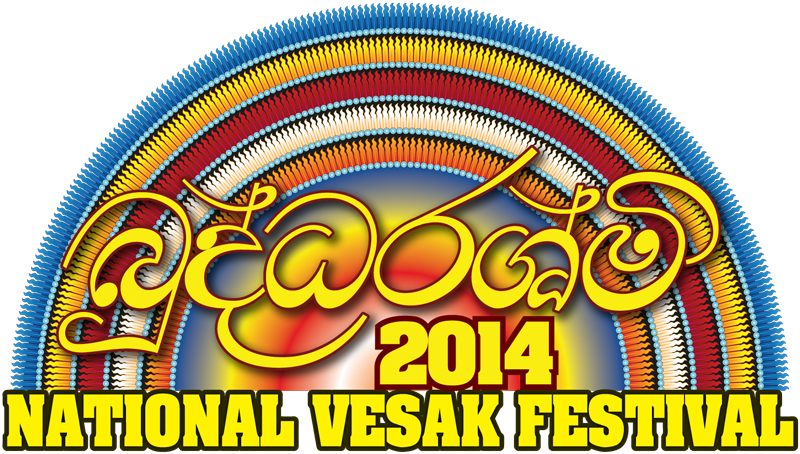 The National Vesak Festival 2014 will be organised for the eighth consecutive time in coordination with the President’s Office. The regions surrounding the Temple Trees and the Gangaramaya Temple would comprise the Vesak Zone and draw the highest participation of the general public.

A line-up of programmes such as sil observances from 6.00 am to 6.00 pm, sermons, discussions on the Buddhist philosophy, and meditation programmes will be broadcast on Independent Television Network (ITN) and Lakhanda Radio, throughout Vesak Full Moon Poya day.

The highlights among this year’s festival include the exposition of sacred relics, three pandols, photography exhibitions depicting Buddhist traditions, Buddhist pilgrim sites and Buddhist history, Buddhist sculpture and art exhibitions and a bakthi gee ceremony held from 7.00 pm to 12.00 am, on a platform made on the Beira Lake. The children’s Vesak programme is a special feature among the programmes organised at the Vesak Festival

Drama shows by the tri-forces, Police, Civil Defence Force, National Youth Services Council and Ministry of Culture and the Arts will take place. Cultural dance shows will take place on the main stage from 7.00 pm to 2.30 am everyday. Furthermore, puppet shows, nurthi gee, Buddhist ballet performances and plays depicting jathaka stories will also be performed daily throughout the festival on the Beira Lake platform.

In addition there will be a special exhibition area displaying art work by school children.

Those who visit the Buddharashmi National Vesk Festival will be issued a publication of Buddhist literature.